The success of the Apprenticeship Levy is splitting manufacturing opinion according to a new survey out today.

The In-Comm Training Barometer, which is designed to take the temperature of UK industry’s appetite for training, revealed that just 55% of manufacturers believe it is working. 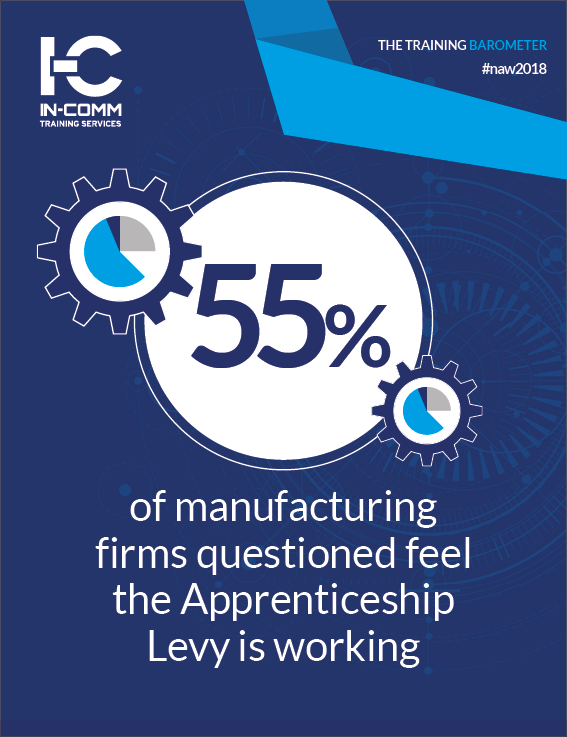 Of the 71 respondents, just over a fifth said they had taken on apprentices as a result of the Levy – a small number, but still an increase in the face of an annual decline in the number of Apprenticeship starts over the last twelve months. 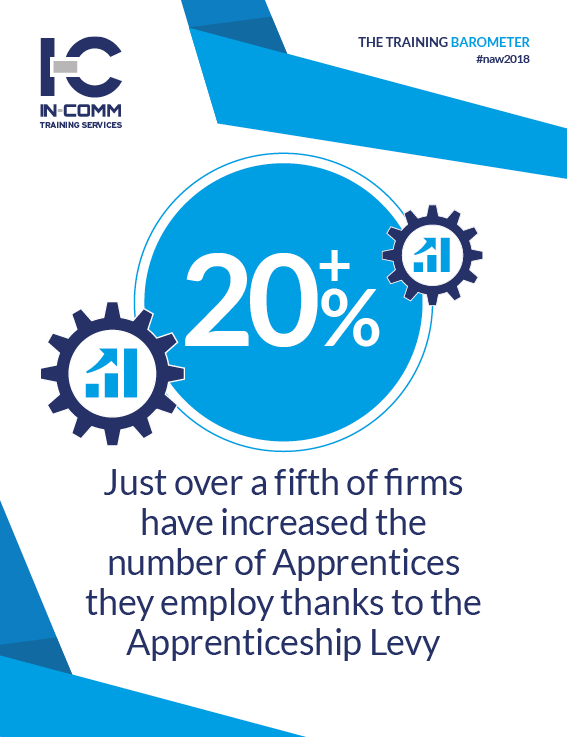 These results are due to be presented to Anne Milton, Minister for Skills and Apprenticeships, later during a special delegation to Westminster involving 50 employers and apprentices.

“There has been a lot of debate around the success or failure of the Apprenticeship Levy and these results show the jury is still very much out,” explained Gareth Jones, Managing Director of In-Comm Training.

“Companies are tapping into it and we have seen a number of them use it to increase or start using apprentices, which, compared to the national reduction in starts, has to be a good thing. Encouragingly, 89% also said they would employ apprentices in the near future.”

He continued: “It’s clear from the anecdotal information we received through the report that a lot of Managing Directors and Training Managers believe there needs to be better communication, more transparency and an ability to use the Levy to boost other forms of training too.

“A good number even indicated they wouldn’t mind going back to the old days of the Engineering Industry Training Board, where every firm paid a Levy, but could spend the money on all forms of training, not just apprenticeships.”

The In-Comm Training Barometer asked manufacturers about the new Trailblazer Standards, with two thirds saying they didn’t understand them and 87% of those respondents citing ‘content’ as the main stumbling block.

When it comes to appetite for different types of Apprenticeships, only 32% of companies are prepared to let their apprentices stay off-site for 18 months to complete their full-time Apprenticeships. 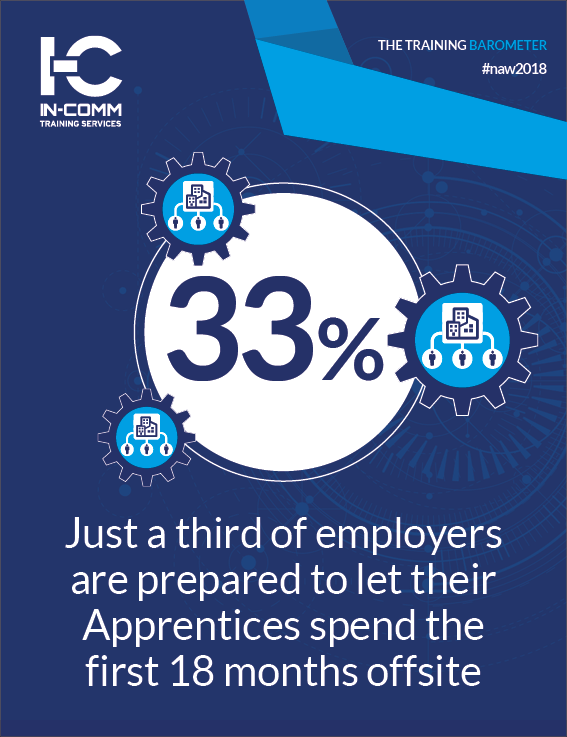 “It is vital that a tri-party collaboration happens here and everyone plays their part…industry to allow individuals the time to learn, providers to deliver industry-led content at high levels with no short cuts and Government with funded initiatives to help industry upskill and become more productive,” continued Gareth.

“Results from the Barometer also showed that companies, especially SMEs, aren’t preparing their workforce for the next industrial revolution, with just 45% of respondents saying they are futureproofing their skills for Industry 4.0.”

He concluded: “If we are ever going to solve the productivity gap we need Government to help engage these companies, make sure there is support out there to understand the opportunity and then ensure they are not left behind in the global race to become quicker, smarter and more efficient.”

In-Comm, which has been rated ‘Outstanding’ by Ofsted, has been offering industry and commerce a wide range of training and business solutions for more than 35 years.

The firm operates three training academies in Bridgnorth, Shrewsbury (both under the Marches Centre of Manufacturing & Technology banner) and at its original site in Aldridge, giving it the opportunity to support in excess of 1000 learners every year with apprenticeships, bite size courses and upskilling opportunities.

The results are in: 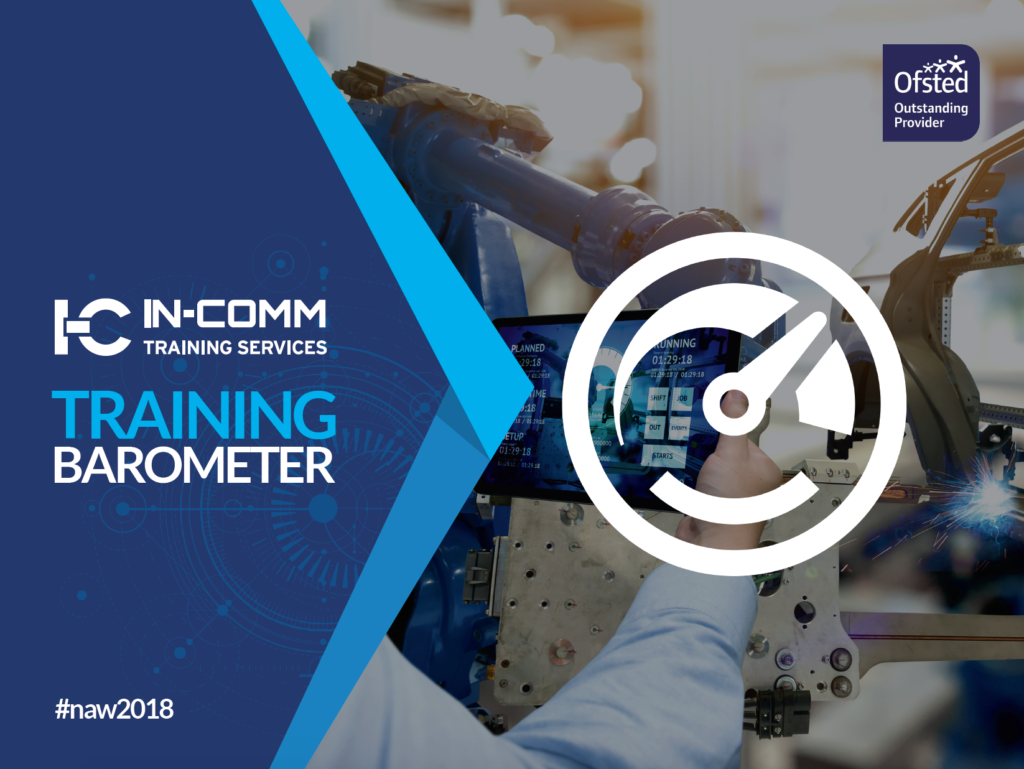